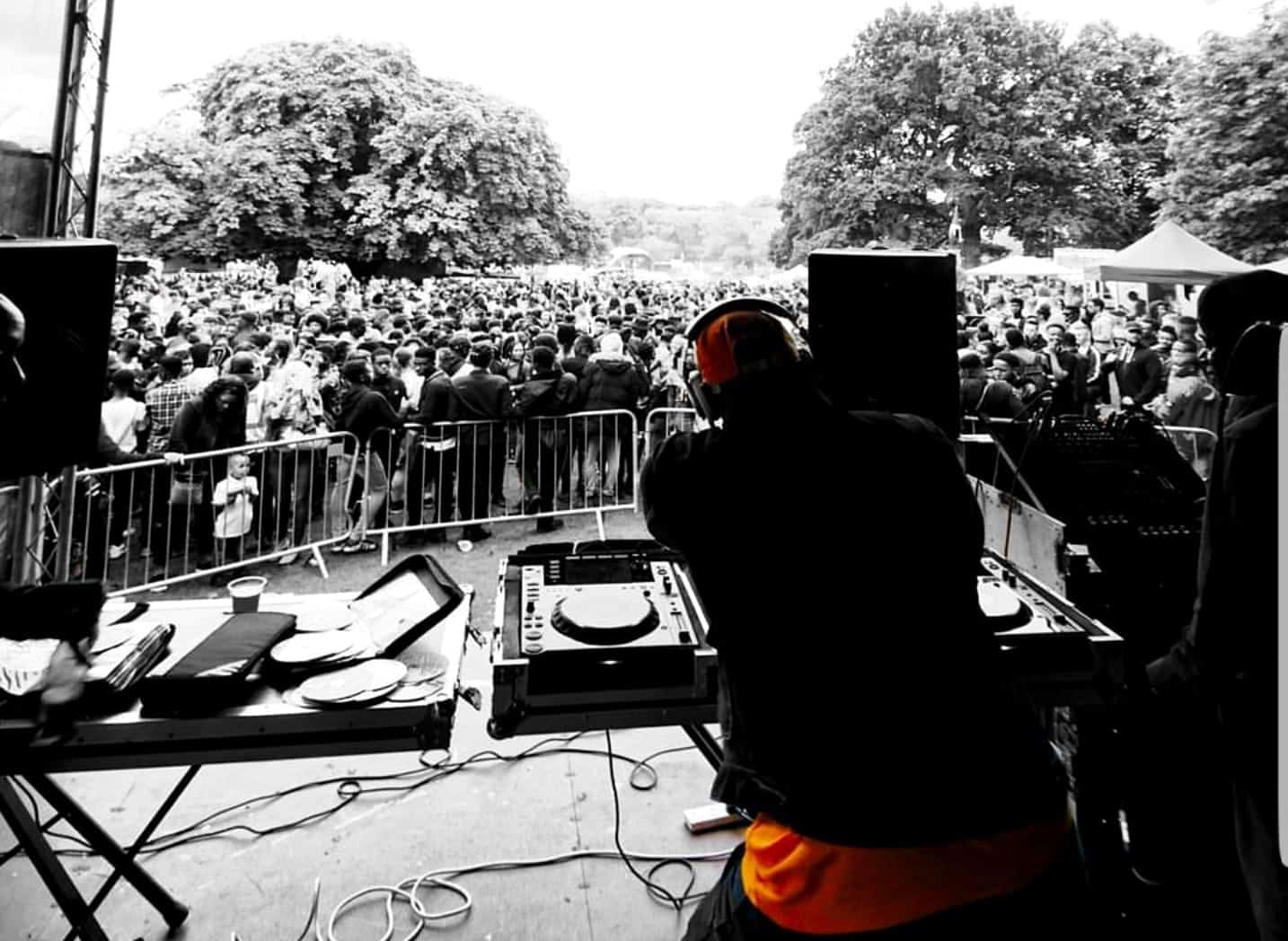 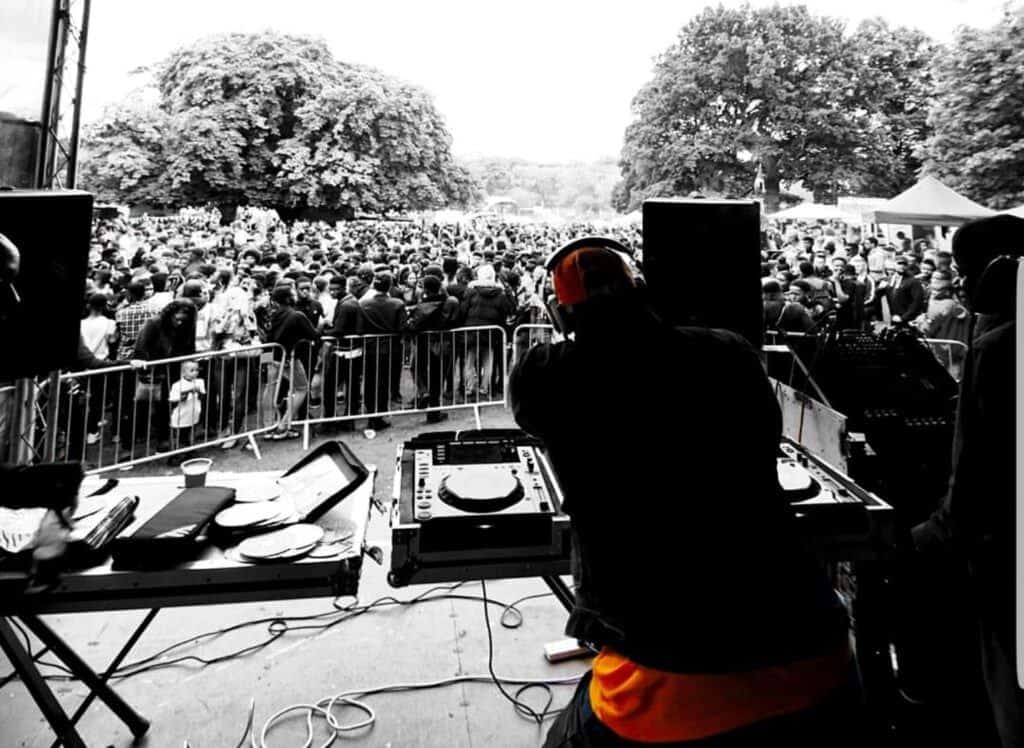 BuMp It Up SaTurDaZe

Marvin Swiftfingers G, started DJing at the crack of the 90s, after accomplishing his four-year involvement in fashion-design. Marvin’s interest in music, however, emerged long before that time. Since his school days, Marvin had been carefully piling all major jazz and funk vinyls, missing hardly on any hits. His fondness of jazz resulted in training and, eventually, performing as a fusion dancer as part of the ‘Elite Dancers’ group. Leading to the 90s, having discovered labels such as ‘Nervous’, ‘King Street’, ‘Strictly Rythm’, and ‘Eight Ball’, Marvin’s musical taste began changing, leaning increasingly towards US house and garage.

Despite the funk/jazz theme of his first gigs, Marvin felt that it was garage that would let him make a difference, especially as it was still taboo in the North. Radio appeared to be a perfect medium to set off on the mission to bring garage to the masses.Therefore, in 1992, Marvin started his first garage radio show on Peoples’FM. An extremely positive response to the US garage beats of the show from the growing funbase around Leeds inspired Marvin to put on his first ever night called ‘The Ju-Ju Club’, soon followed by such events (well known to the more mature Leeds crowd) as’The Big Apple’, ‘Native New Yorker’, and ‘Colours’. Combining elements of soul, funk and R&B, US Garage seemed to have a different – fresh, uplifting – vibe, and it became the primary point of focus in Marvin’s DJing career.

In 1995, Marvin established the first UK Garage night in the North, at ‘Harveys’ wine bar. Concentrating mainly on UK productions, the night still remained the four-four US touch, blending in some good releases from Todd Edwards.With the growing number and support of garage lovers, the need occured to move the night to a bigger venue – ‘Natos’. Held weekly, the garage events at ‘Natos’ – soon refered to as ‘RINSE CITY’ – became an undeniable success, attracting the crowds from Leeds and beyond and made ‘Swiftfingers’ a household name among the garage heads. Overwhelmed with ideas and hungry for own production,

Marvin linked with an up-and-coming producer, Stu, with whom he produced his first dubplate ‘The touch of Swift’. Club-tested and repeatedly played at garage events, ‘A touch of Swift’ with time became a Leeds garage anthem. At that stage, encouraged by the success of his first release, Marvin developed close links with another promising producer, EdMahoo. The Swiftfingers – Mahoo production duo has brought into daylight many valuable pieces from the verge of Garage and R&B, including ……… released under such labels as see more on production>> By 1998, Marvin Swiftfingers had gained enough respect to be invited to play at all major garage events all around the UK and further-a-field, including ‘Garage Nations’, ‘Sun City’, ‘Twice as Nice’ tours’, ‘Pure Silk’ tours, ‘Seven Wonders’, ‘Two Stush’ and ‘Sensual Occurs’, ‘Roses and Moschino’ and ‘Creme of the Crop’.

Towards the year 2000, Marvin noticed a significant change in the common perception of UK Garage – ‘2step’ and ‘4×4’ had been pushed aside for more grimey sounds. Nonetheless, Marvin remained faithful to his roots and decided to go down his own path, placing a strong emphasis on 4×4. Marvin’s growing relationship with 4×4 beats resulted in a monthly event, for a good reason called ‘4 To The Floor’, which was held at ‘Space’, Leeds. In 2002 Marvin Marvin realised his long-thought-of ambition of opening an internet radio station – ‘Truplayez’. The idea behind ‘Truplayez’ was to deliver non-commercial, non-grime, urban sounds. Although music played at ‘Truplayez’ had many enthusiasts in the beginning, UK

Garage has gradually been going downhill which, as a consequence, made many DJs either give up on it or transfer to other music styles >> Marvin, however, has remained determined to rebuild the garage scene in the North, in its original 4×4 format, by starting a series of events: Rinse City, Suga Beats, Keeping It Bumpy, ‘Pure 4×4’, Love Bug, ‘Sweet Sensations’, ‘Reminisce’. Despite UK Garage being his priority, Marvin believes in promoting musical quality and diversity and willingly plays out at various House Events, UK Funky and Broken Beat Nights all over the UK

You can catch Marvin “swiftfingers” G, spinning the hottest Newskool & Oldskool Uk Garage & UK Funky on his BuMp It Up SaTurDaZe sHoW on LDC Radio 97.8FM across Yorkshire ~ https://ldcradio.co.uk ~ Every Saturday 3-5pm + watchout for his very special guest DJ & Mcs on his show.