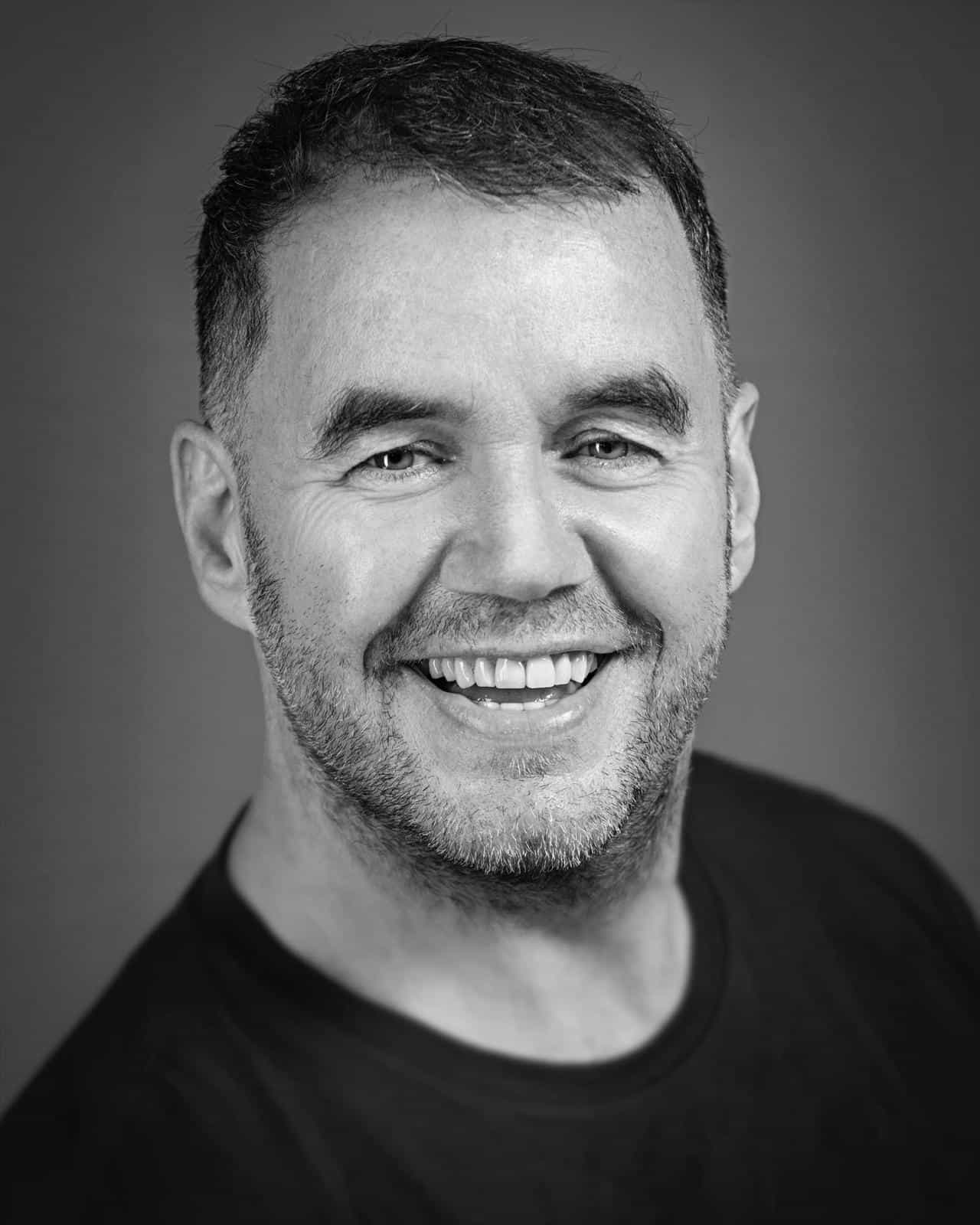 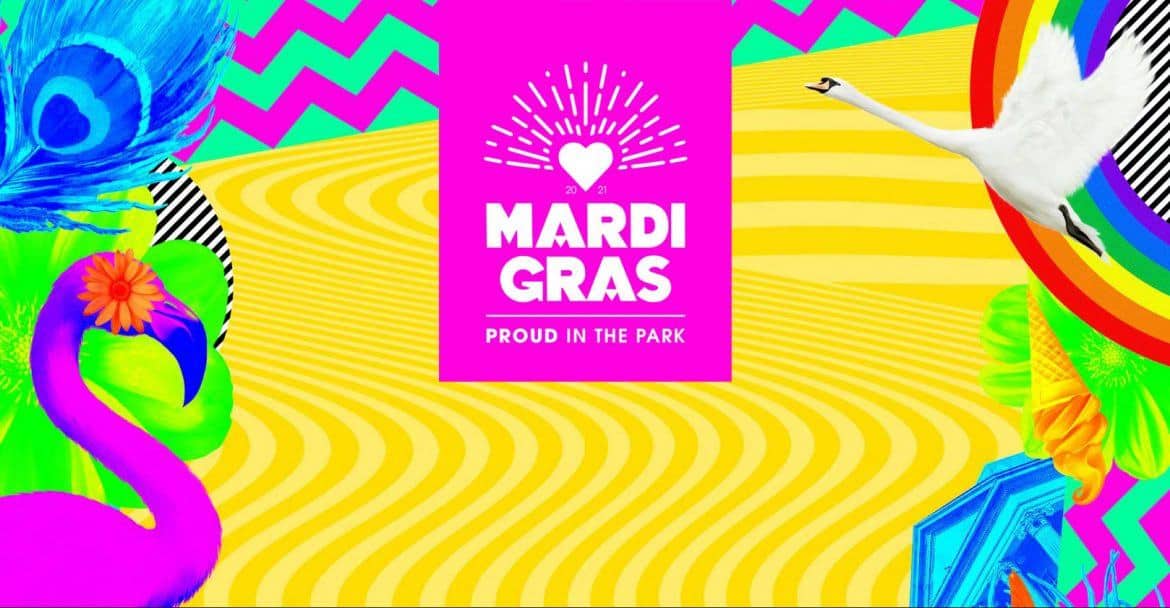 This is a radio show bought to you by the people behind the Mardis Gras festival in Leeds, catch up with behind the scenes info and gossip, mixes from the DJ's & interviews with the acts. Mardis Gras festival will be on Saturday 14th August 11 am – 11 pm @ Roundhay Park, Leeds The latest addition to the UK festival calendar, MARDI GRAS, makes its debut in Leeds this […]

“Terry George” is a self-made businessman, with an ever-growing sphere of influence.

He owns several companies but when not working he enjoys spending his spare time taking photographs of celebrities and crazy clubbers and, as you might expect with a successful businessman, travelling the world.

Terry grew up on the infamous and tough Wyther Park estate in Leeds but even as a schoolboy his ambitious nature was clearly visible. At the age of 12 Terry, never the shrinking violet started interviewing famous people as a hobby. Many of his interviews were not only personal scoops for the star-struck lad but chats thought to be important enough to be broadcast by local radio stations. Amongst those caught on tape by Terry were a selection of ‘superstars’ as diverse as Michael Jackson, with whom he became friends (read separate account on this web-site), Omar Sharif, Paul McCartney, Boy George, Les Dawson, Dick Emery and over three hundred other big names from show biz.

At the age of 17, Terry got his first professional job as a DJ at the Gemini Bar Leeds, then went on to play regular slots at other venues in the city; Scrumpies, Top Cats, and The Staging Post. As expected the bright lights beckoned – well at least an offer he couldn’t refuse arrived and before long he had packed his espadrilles, suntan lotion and brightly coloured shorts to work as an entertainer and DJ in Benidorm, Spain for two years – 1986 and 1987.

After returning to the UK, Terry was offered a full time job as resident DJ with Rank Leisure at Leeds new £3million nightclub in the Merrion Centre, Ritzy in 1988. Later he was given his own once-a-month gay night called Confettis, which turned out to be a huge success and ran for eight years with big names; Take That, M People, D:Ream, Boy George and many others making special appearances.

This was the beginning of Terry’s embryonic empire, and soon everything began to fall into place. To help promote Confettis ‘All Points North’, a little amateur magazine was launched, which proved very popular and soon drew the attention of other managers and owners of clubs and gay venues throughout the North of England.

In 1989, Terry met Michael Rothwell at a club in Manchester called High Society, shortly after they move in together in Bramley then in 1991, they modernised their first home. One of the features being a Jacuzzi bath, this was the start of Michael’s design flare. He spotted Michael feeding his hard earned cash into a slot machine so Terry took a gamble himself and offered to buy Michael a drink. That first meeting was to become the beginning of a highly successful relationship and later business partnership.

Back in 1993 Terry and Michael bought the title of Mr Gay UK It was the two new owners’ idea to open it up to even more people and produce a travelling event where anyone could enter a heat at their local club and, if they won, had a chance of becoming Mr Gay UK himself. Grand Finals were held all over the country with the first at Flamingos in Blackpool and featured a host of celebrity judges. This pattern continues with and finals being hosted by the likes of Lily Savage, Jason Donovan, Mark Little, the late Paula Yates, Tim Vincent, Rhona Cameron, Denise van Outen and Big Brother winners Brian Downing and Nadia to name a few. Judges have included the likes of Sir Ian McKellen, Jean Paul Gaultier, Richard Wilson, Richard O’Brien, Justin Fashanu, Sue Pollard, Rusty Lee, John Savident and a host of other popular soap stars.

Interest from television companies seemed inevitable and in 1998 an hour long recording of the Grand Final was broadcast on Channel 5 hosted by Graham Norton and Sonia. Again in 1999 the call came for another show and this time it was co-hosted by singing Diva, Jane McDonald but doing the back-stage interviews was none other than Terry himself. In 2001 the show became the central event of Manchester’s Gay Fest celebrations and instead of the usual panel of celebrities deciding on the eventual winner, Terry opened up the phone lines for the public to make the final judgement. Satellite channel Living TV went one better in 2004 and presented a 90 minute special live show with both celebrity judges and the public (via phone calls and texts) helping to decide the winner. up?

In between all this, Terry had seen the coverage of Northern gay life once again being ignored by the mainstream gay press based in London and decided to launch another magazine. So, three years after he had sold APN he was back with North of Watford (NOW) a colourful, vibrant look at life outside the M25 confines. To fill space in the new magazine, he ran some house ads for a few mail order products, which grew into a thriving mail-order business standing on its own, Gay UK Shop. Meanwhile, NOW magazine also grew and changed its name to NOW UK. In just a few short months it had become the country’s largest circulating free gay monthly but stormy waters lay ahead.

Terry decided to ditch the title and re-launched NOWUK with a new name and a new look. BENT, a free glossy and expensive looking, news motivated, scene inspired, gossipy and celebrity featured magazine appeared in gay venues up and down the country.

Terry’s career as a DJ took a bit of a back seat during this period but because of the growing popularity of his new once-a-month club night Red Raw, at Club Nato in Leeds his ambitions once again fell elsewhere. Noticing a gap in the market, Terry opened his own venue, Bar Fibre, which has very quickly become an institution and helped lead the bar culture in his home city of Leeds into the new millennium. With almost instant success, and with an equally strong and ambitious partner as Michael Rothwell, the two delved into further exciting developments. Taking on board that old saying of “Put your money into bricks and mortar” they have invested in property all over the city. Also on the heels of all this success Club Mission opened in 2004 as did Arch 54 a classy drinking establishment aimed at a trendy and hip crowd. The success of ‘Federation’ another once-a-month spectacle in Leeds under the guidance of Shaun Wilson, Terry and Michael, grew in size and popularity to be a club night event that reached as far as Gran Canaria. The Viaduct Showbar in Leeds is also owned by Terry and Michael and is a multi award winning LGBT Showbar.

Running alongside all his other interests Terry was also employed as a consultant by LSH Communications, who specialise in interactive premium-rate telephone services, where he helped build the company to the ‘Number One’ position in the market. Together with partner Michael Rothwell they then started a new premium-rate telephone company and, taking full advantage of the rapid growth in telecommunication development, are now the owners of one of the top telephone and text interactive services in the UK. With the deregulation of the BT monopoly on directory enquiries Terry seized the opportunity to get involved with setting up a service that was aimed at a gay customer base looking for that illusive gay service number. Being told that these new services would all begin with 118 and then three digits he thought 118GAY (429) would be an easy number to remember. Now in partnership with Kingston Communications this particular facility has proved, as with his other projects, to be a winner. Shortly after all the other 118 services went into service the leading watchdog OFCOM performed an audit and produced a heart warming report. 118GAY ranked No1 with 97% accuracy and the efficiency of response kept down the cost”

In terms of television appearances, Terry has appeared in a number of different programmes notably his interview with Louis Theroux about his friendship with Michael Jackson, his appearance as The Secret Millionaire, winner of ‘I Own Britain’s Best Home’ culminating in a 6 part series for the Biography Channel entitled ‘Two Queens and A Castle.’ The series was a fly on the wall documentary following Terry and Michael in their daily lives.

Terry regularly appears on news programmes as an expert in his field and has recently appeared on BBC Breakfast, Sunday Life, Look North,Calendar ,The One Show and Sky News. A cameo appearance on ITV’s Coronation Street fulfilled Terry’s ambition of featuring in his favourite soap when in 2009 Mr Gay UK came to Weatherfield.

Spending an increasing amount of his time dedicated to charitable causes, Terry created memorial website GoneTooSoon.org in 2005 which has since grown into the UK’s most visited online memorial website.

The social enterprise was funded entirely from Terry’s own funds.

Terry has raised tens of thousands of pounds for Cancer Research and Breast Cancer Awareness through the charity bonfires he has hosted at his home Carr Hall Castle. Each year Terry provided the venue, drinks and entertainment for hundreds of friends, family and colleagues who all gave a donation to his nominated charity. He is also a patron of several charities:- Radio Aire’s Cash For Kids, People In Action, Ciaran Bingham Foundation and the Charity Dreamgirls.

Terry has published 2 hard back books of his photographic work:- Carnival in Rio, Samba, Samba Samba! which follows his annual visits to the Rio Carnival, Brazil over the last 9 years.

Leeds Rhinos Access All Areas – An unprecedented behind the scenes picture book following the rugby league team’s championship winning season on and off the pitch in 2008.

Exhibitions of Terry’s Rio Carnival pictures have been held in London, Manchester and Edinburgh.

Terry is a Celebrity photographer covering all major celebrity events and concerts. His pictures regularly appear in the regional and national press.